Demon Slayer is hands down one of the best animes to come out of 2019. With its quick rise to popularity, many fans have been calling the series the best shonen anime of the decade. Demon Slayer, unlike other shonen anime, has characters that are loved by all.

Whether it was the main character Tanjiro or his sister Nezuko, Demon Slayer was able to provide characters that are loveable in their own right. But who exactly are the most loved characters?

Giyuu Tomioka was the first demon slayer to interact with the main character of the series, Tanjiro Kamado. He comes across as an introvert. Always sporting a serious look, over the course of Demon Slayer, he demonstrated that he prefers to keep to himself.

Giyuu is also shown to be an extremely strict person, which is clear in the way he consistently admonishes others for wasting their lives with meaningless activities.

Giyuu is an upstanding person with high morals. This sense of righteousness is shown when he allows Tanjiro’s sister Nezuko to remain alive, despite it being blasphemous in the Demon Slayer Corps code of conduct. He also protected Nezuko when Shinou attempted to kill her. 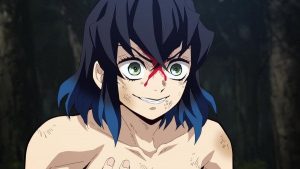 Inosuke is shown as one of the more enigmatic boys in Demon Slayer. His eccentricity comes from him being raised by boars from childhood. Affectionately earning him the nickname, The Boar, by Zenitsu.

He is aggressive, loud, prideful, and overconfident. All attributes which indubitably led to him becoming a demon slayer.

This overconfidence serves as both a positive and negative as he believes he would win any fight. However, he quickly slips into self-loathing upon losing. He does not stay down for long though. Inosuke always manages to pull himself together and bounce back into a fight.

Zenitsu is commonly known for being a complete coward. He almost always shies away from conflict which is ironic considering he is a demon slayer. Beyond that, Zenitsu is a people pleaser. A trait that stems from his low self-esteem.

However, Zenistu shows the most unexpected bursts of bravery. Especially when it comes to the people he cares about.

No other female character in Demon Slayer can even come close to the pure gem that is, Nezuko Kamado. Being half-demon and half-human bode well for her. She was able to maintain her human emotions whilst utilizing her demon abilities.

Despite being capable of slicing humans and demons alike in half, Nezuko has shown tremendous self-control. Not only has she taught herself to avoid feeding on humans, she also protects them.

This especially applies to those she cares about, mainly her elder brother Tanjiro. Nezuko is definitely one of the staples in the Demon Slayer world, earning all the love given to her by fans. 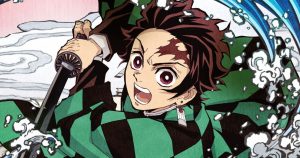 The main protagonist of the Demon Slayer series is quite popular amongst fans. It’s no question as to why. He is polite, determined and immensely kind.

Despite being generous to his friends, he does not hesitate to put them in their place if needed. Proving that above all else, he values his morality.

Tanjiro had to learn the hard way that not everyone deserves kindness, especially demons. It’s a lesson he learns as the timeline of Demon Slayer progresses. Fans get to watch Tanjiro become more logical and crafty with his decision making as he grows older.

However, he never lets go of his conscience. Needless to say, Tanjiro and his character development won him a permanent place in the hearts of many.